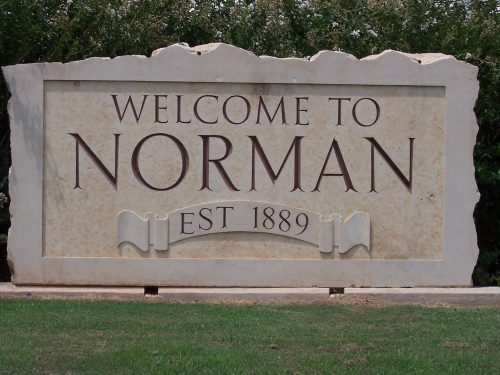 We invite you to discover all Norman has to offer!

Nestled in the heart of a world-class academic community, the Norman Public School District is the eighth-largest in Oklahoma. The district, which is located near the University of Oklahoma, has earned a reputation for academic excellence, robust fine arts programs, first-rate athletic teams and providing opportunities for all students to reach their full potential.

Established in 1972, Moore Norman Technology Center, School District No. 17 is viewed as one of the nation's premier educational and training institutions. MNTC is one of 29 technology centers within Oklahoma's globally-recognized CareerTech System.

Norman’s neighborhoods offer a wide variety of old and new—from campus homes to rural estates to modern designs. Beautification, historic preservation, and public safety are issues that are addressed by neighborhood and local government representatives.

Living in Norman is very reasonable and affordable. In fact, housing costs and the cost of living are below the national average.

Norman is a family-friendly town with many activities the whole family can enjoy, including attending OU sporting events, swimming, playing miniature golf, visiting community and neighborhood parks, driving race carts, and attending a host of events held at the Cleveland County Fairgrounds.

Living in Norman is the perfect choice.